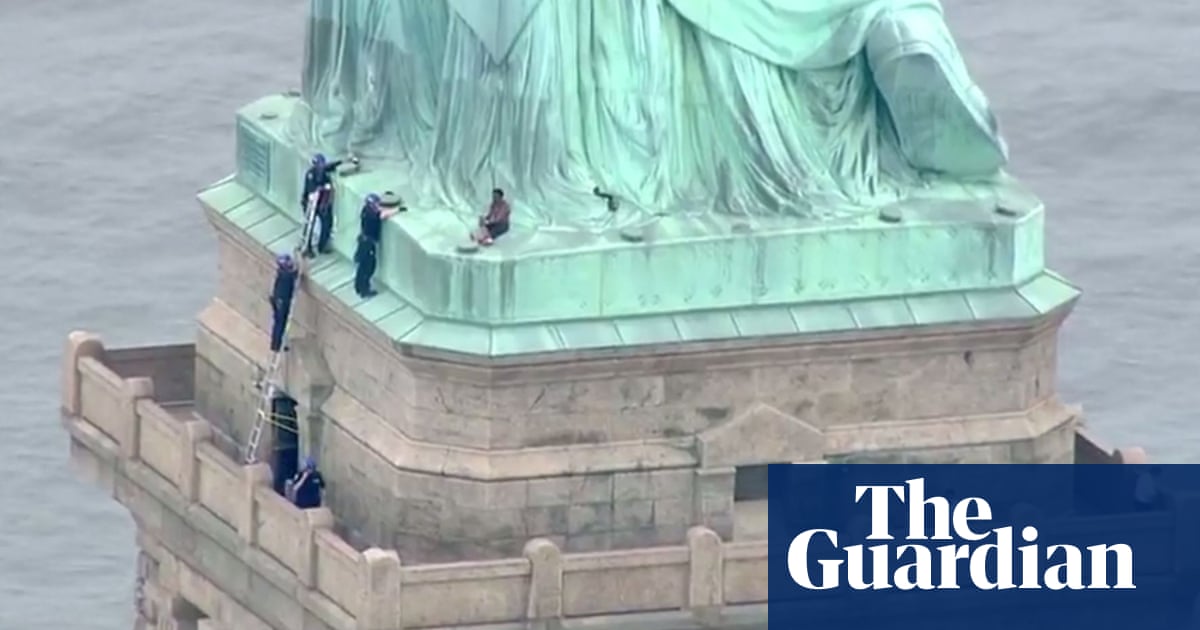 Police detained a woman who climbed the pedestal of the Statue of Liberty in a Fourth of July protest against the Trump administration’s immigration policies, and she is due to appear in court in New York on Thursday morning.

The climber squatted at the basis of the gravestone, about 30 meters above the ground, and engaged in a four-hour standoff with police before two New York police department patrolmen climbed up to the base and grasped her.

With the spectacular vistum uncovering on live television, patrolmen followed the woman all over the base after she attempted to start climbing the statue.

She was referred in reports by federal officials on Wednesday night as Therese Okoumou and had been taken into federal custody. The Statue of Liberty is a national shrine dispensed, on its minuscule island off the tip-off of Manhattan, by the National Park Service.

After an virtually four-hour standoff at the base of the statue on a sweltering Independence Day in New York, police who had erected and scaled ladders to reach the protester, grabbed her round the waist.

She had become cornered against the part of the bronze imaging Liberty’s capes, up against the statue’s sandalled paw. After trying to climb up further, or sidle around the hoof, the objector flunked and was caught against the tall, copper structure. Police propped her down until she appeared to allow a harness to be slung around her.

She eventually climbed down about eight meters to the monument’s watching object and was taken into custody.

” She’s been taken into custody amicably, quietly, without any hurts, or traumata to our detectives, thank God. It’s all over now ,” Sgt David Somma, a spokesman for the National Park Service, alleged. He added thatprosecutors would determine any indictments filed against the woman.

Visitors were evacuated from Liberty Island during the stalemate on Wednesday afternoon. Okoumou is expected to appear in federal court in Manhattan on Thursday, in agreement with the power of the US attorney.

A federal official said here protester had told police she was to protest the separation of immigrant children from mothers who cross the US-Mexico mete unlawfully.

Earlier in the working day at least six objectors were arrested at the statue after hanging a placard from the pedestal emblazoned with a message about abolishing Ice, the US in-migration enforcement agency.

Activists with the group Rise and Resist said they had hung the banner to protest the Trump administration and its “zero-tolerance” immigration policy, which has caused families to be separated at the border.