The talking is over, the occupying forces goes on. Will there ever be armistice in the Countries of the middle east? | Jonathan Freedland

The award-winning performance Oslo depicts the high-pitched drama of Israeli and Palestinian negotiations of the past. But on the dirt today, the picture is much bleaker, writes Guardian columnist Jonathan Freedland 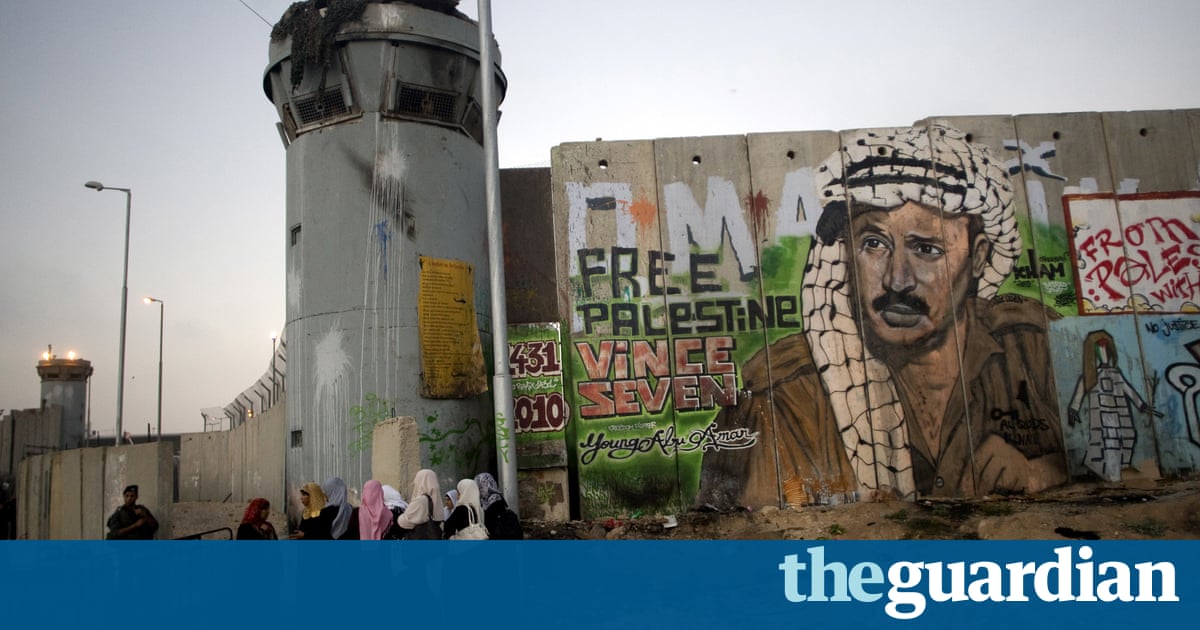 If you want to see Israelis and Palestinians is making an effort to make peace, you should head for the National Theatre in London- because you certainly won’t see them doing it anywhere else, least of all in the district they both call dwelling. On theatre, it’s all there. The sweat, the snaps, the anxiety are laid bare in Oslo, the Tony-award prevailing participate whose London transfer to begin. It tells the preposterous storey of the secret back-channel opened up by two Norwegian diplomats in the early 1990 s, which eventually led to the White House lawn, where Yasser Arafat and Yitzhak Rabin shook sides, watched by a smiling Bill Clinton, 24 years ago.

I realise the gambling just before I headed to the region, where I’ve invested the last week criss-crossing between Jerusalem and Ramallah, Tel Aviv and Jericho. In dawn of those discussions I’ve had with officials, current and former, on both sides, I’m afraid Oslo gazes more and more like a span piece- a wistful reminder of a occasion when serenity between these two peoples believe that this is exactly within reach.

No one thinks that now.” The peace process as we knew it has ended ,” the former Israeli foreign minister Shlomo Ben-Ami told me ruefully.” At the moment, the peace process is dead ,” repetition the former Palestinian “ministers ” Ahmed Qurei , now immortalised as one of the secret pacifiers in Oslo( and still chain-smoking as intensely as his onstage avatar ). Those whose eras were once destroyed with position papers and delineates, insurance programs and phased implementation dates now sit idle in agencies hushed with inactivity.

Israeli politics is focused elsewhere, whether it’s the corruption allegations that threaten to topple Benjamin Netanyahu or their own nationals conversation that’s changing ever rightward: Netanyahu lately predicted that Israel will never raze or evacuate another Jewish agreement in the occupied West Bank. ” We are here to stay forever ,”~ ATAGEND he said. Meanwhile, many Palestinians, especially younger ones, have walked away from politics as it was conventionally understood. In a powerful, if dreary, essay in the New Yorker, headlined ” The nosedive of the Palestinian national movement “~ ATAGEND, Hussein Agha and Ahmad Khalidi, both sometime intermediaries, write that” the entire thought of peace negotiations has been discredited and confided to outright denunciation, deep skepticism and profound lethargy among Palestinians .” Others have noticed a change in the next generation of the West Bank nobility, who are receding into the internet or dance or rock-climbing- anything to escape the futility of perennial conflict. The pacifiers now comprise a force of old people, looking back on their mistakes.

The result is that even some of those most dedicated to the two-state solution- the defining aim of peacemaking efforts over three decades- are ogling abroad. I watched the veteran Israeli novelist AB Yehoshua tell a Jerusalem audience that he has wanted to see two states, Israeli and Palestinian, side by side for 50 years, but he has to accept that it’s just not happening. “It’s time to think of something else.”

How has this come about? How have the reveries that invigorated those actors on stagecoach in Oslo turned to dust? One cause is difficult for campaigners against Israel’s 50 -year-long occupation to stomach. They- we- ever was indicated that the occupying forces was ” unsustainable”, and yet Israel is proving that it is very sustainable surely. The economy is expand, while a pause in brutality is necessary that- for now- most Israelis perceive secure epoch to day.

Internationally, things have rarely been more comfy. Sure, Netanyahu faced loud street complains during his tour of South America this week, but India and China- once friends of the Palestinian cause- are doing abundant trade with Israel. Even the supposedly leftist Alexis Tsipras of Greece has embraced Netanyahu, hosting and seeing him and sealing a major natural gas deal between the two countries. If one ground for Israel to end the occupation and make peace with the Palestinians was to improve its international put, that motive has lost its urgency.

Those who might once have exerted distres- pushing Israel, as the stronger party, to negotiations- have got interesting thing on their subconsciou. Diplomats report that these days when Israeli administrators fulfill their foreign counterparts, the Palestinian question seldom gets mentioned: it used to be the first item on the agenda. Though they don’t say so out loud, the leading Sunni Arab regimes now regard Iran as a greater adversary than Israel; their focus is pushing back Tehran and locking their own governments rather than helping the Palestinians. The European Union has enough on its dish, while the US foreign policy constitution has its hands full ensuring Donald Trump does not set off a nuclear war with North koreans. The peace process necessitates the international community, says Ben-Ami:” Hitherto there is no such event. The world community is in disarray .”

More deeply, there is the gap between the two sides. When the last serious talks intention, it was because the maximum Israel was prepared to offer fell short of the minimum the Palestinians were prepared to accept. That standstill abides. If anything, the gap is wider now, as Israeli positions in particular have hardened.

Does that intend these two commonwealths are fated to stay stuck in the status quo, one that convicts the Palestinians to apparently everlasting profession? Tony Blair, still active in the region, reckons the best prospect is a regional one, as those Sunni districts already enjoying open, if furtive, armed ties with Israel formalise the new dispensation with a peace agreement. Saudi Arabia and the Gulf countries would assemble Jordan and Egypt, and pressure the Palestinians to sign on too. That, at the least, is the belief. Netanyahu talks of this “outside-in” approaching too, but there’s treasured little evidence of it in practice.

Or there could be a change of paradigm, a change away from the two-state paragon to a civil rights struggle inside the single-state world that exists on the ground- with, perhaps, a lead role for those working Palestinians who don’t live in the West Bank but are citizens of Israel, living inside the state’s pre-1 967 borders.

Still others reckon that some game-changing happen may come along and shake everything up once more, taking advantage of the fact that there is the octogenarian Mahmoud Abbas as perhaps the last Palestinian lead with enough national legitimacy to sign a bargain before it’s too late. After all, they say, the peace process has been declared dead before- hitherto has shown an eerie knack for resurrection.

That would be quite a twisting. But as gatherings at the National Theatre are about to discover anew, this longest-running of dramas is one story that refuses to have a glad intent. It remains a tragedy without end.

* Jonathan Freedland is a Guardian columnist