In Indias male-dominated uppercase where women are often in danger, a group of female bikers are taking to the road to regain womens claims to public space 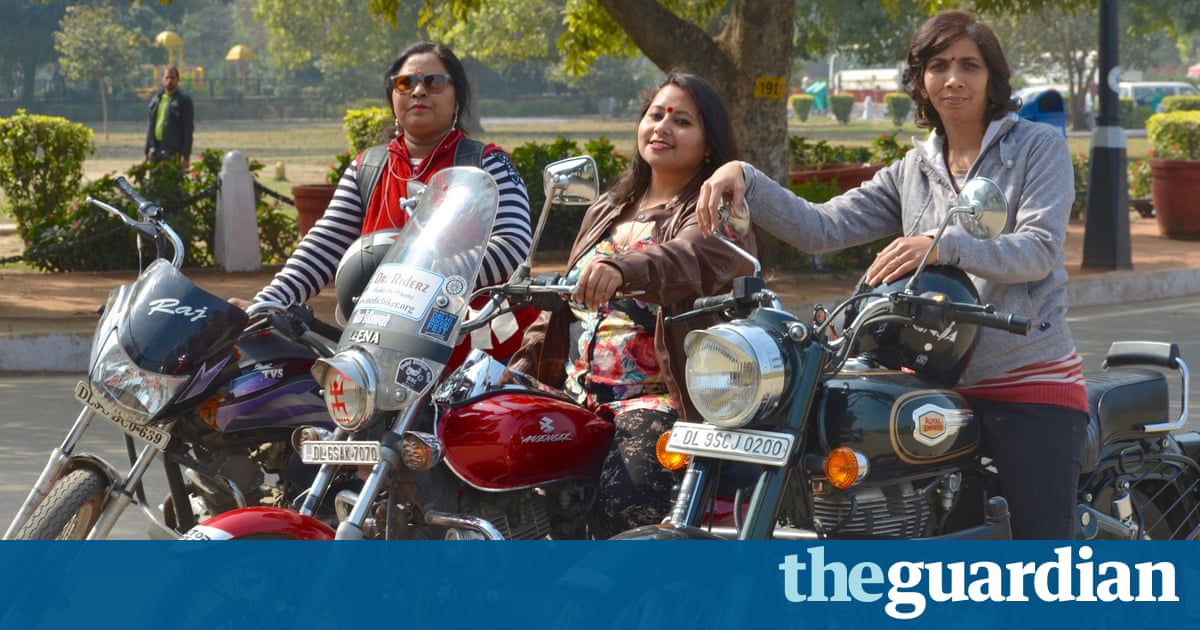 Stalled in a snarl of Delhi congestion, an auto-rickshaw operator cranes his cervix to gawp.

Clad in tie-dye leggings, potty leaf earrings and a cherry-red motorcycle helmet, Leena Biswas zips her Avenger 220 cc two-wheeler between two rows of moves. At a red light, a vehicle full of people pullings up honking, their faces bunched into incredulous sneers.

A rash of attacks in Indian municipalities on New Yearss Eve has reignited debates about women and public safety across the country. The targets were women out on the town notably in Bangalore, where female revellers, massively outnumbered and some holding stilettos in self-defence, were chased and groped by mobs of men. Many of the attackers were on motorbikes.

Within Delhis macho motorcycle culture, bubbly, stylish Biswas may make for an unlikely biker. But the 30 -year-old doctor( who now owns three motorcycles) had an early start. At 15, she requested one of her cousins how to handiwork the gears of his Yamaha. He said, First is down, rest is up. I said, Dude, thats so easy. Why dont I give it a try?

What began as a hobby have already been become part of a developing activist progress, built on rethinking the path womens public safety concerns are addressed. In late November 2016, Biswas participated in a womens motorbike razz through Delhi, organised by the human rights NGO Breakthrough India, to reclaim womens privileges on the streets.

The rally was inspired by a Breakthrough staff member Anika Verma, ardent motorcyclist. The 30 -year-old grew up in Bareilly, a small city in the northern regime of Uttar Pradesh, where she was chased a lot by boys on motorcycles, she says.