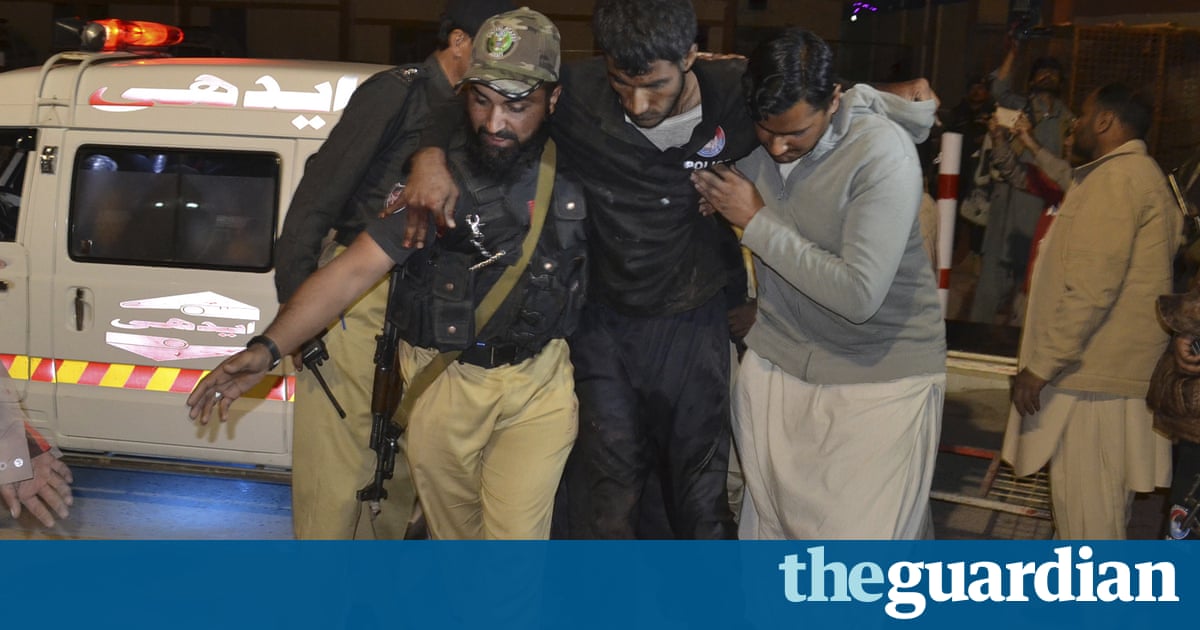 A team of up to six gunmen killed more than 40 parties applying pistols and suicide missiles at a hostel housing hundreds of police cadets in the Pakistani city of Quetta.

Reports mentioning government officials said at least 48 people including cadets had been killed and at the least 106 people wounded in the attack on Monday night. Some reports put the figure as high as 59.

The armys public relations department said five or six radicals attacked the police practise centred around Saryab Road in Quetta, the capital city of Balochistan, a troubled district residence to a separatist insurgency and countless Islamist groups. Soldiers and members of the Frontier Constabulary, a paramilitary force, responded to the attack, the army said.

The Baluchistan home minister, Sarfaraz Bugti, said here on Tuesday morning that security forces had completed their operation but were still engaged in the cleanup process.

Bugti said that at the time of assault about 700 trainees had been at the base and more than 200 were rescued immediately afterwards.

Major General Sher Afgan, chief of the paramilitary Frontier Corps, said the attackers appeared to have been in contact with handlers in Afghanistan and intimated they belonged to the banned Lashker-e-Jhangvi, an Islamic radical group affiliated with al-Qaida.

Afgan said the attackers may have had inside improve, although he did not give details. This is an open battle and when you have enemy within and outside, they can easily exploit developments in the situation, he said. Security coerces and police were clearing the region and searching for any possible obscured attackers.

Many of the trainees were killed when the gunmen explosion explosive vests, Afgan said. One of the police trainees told Geo television: They were racing toward our building shooting shots this is why we rushed for security toward the roof and rushed down in the back to save our lives.

Zarak Khan, a rescue worker from the Edhi foundation, said saviors initially compiled the wounded among protection personnels as they opposed their road into the combination. The 14 km interval between the hostel and the Quetta hospital hampered the save effort.

Most of those being treated at municipality infirmaries had gunshot winds, although some sustained injuries climbing off the roof of the hostel and climbing a wall to escape the gunmen. Virtually all of the wounded were police; 2 are paramilitary troops, sovereignties said.

The Dawn newspaper website reported exchanges of shoot between security forces and intruders, with detonations listen around the country. Some local media shops too flowed unconfirmed reports that hostages had been taken.

Mobile phone services in the Saryab country shut down shortly after the attack began.