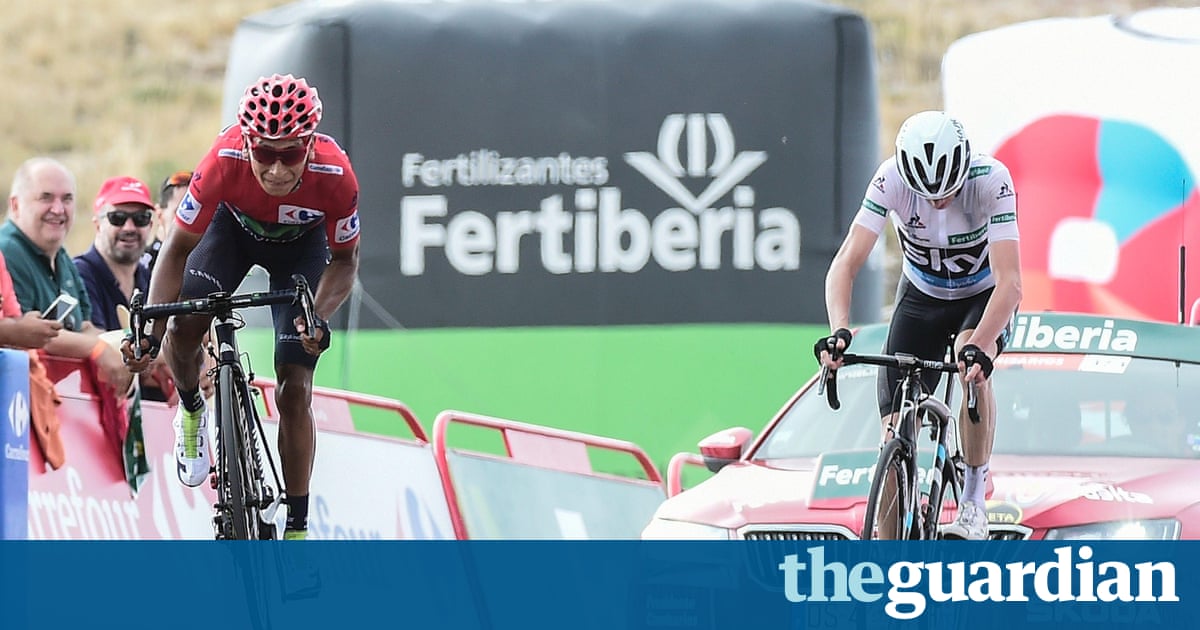 Nairo Quintana is poised to acquire the Vuelta a Espaa after keeping his induce over Chris Froome in a gruelling penultimate theatre through Spains southern mountains between Benidorm and Alto de Aitana on Saturday.

Barring an accident or incident on the flat final stage a flat 105 km ride from Las Rozas to Madrid the Colombian Movistar rider will add the 2016 Vuelta to the 2014 Giro dItalia on his Grand Tour list of honours.

Pierre-Roger Latour of France won the 193 km( 120 mile) stagecoach, spanning three category-two ascents from Benidorm before a summit finish at Alto de Aitana in five hours, 19 hours. Latour, who razzes for AG2R La Mondiale, edged Darwin Atapuma at the line for his first win at a major race.

Froome had increased Quintanas lead by more than two minutes by triumphing Fridays season trial, moving to within 1min 21 sec of his contender. Quintana prevented Froome in check throughout Saturdays ride, responding to his repeated attacks on the final 21 km( 13 mile) climbing and delivering him just before the finish. Froome acclaimed as Quintana pulled past him, following the last of several one-on-one climbing struggles the two suns had during the three-week Grand Tour.