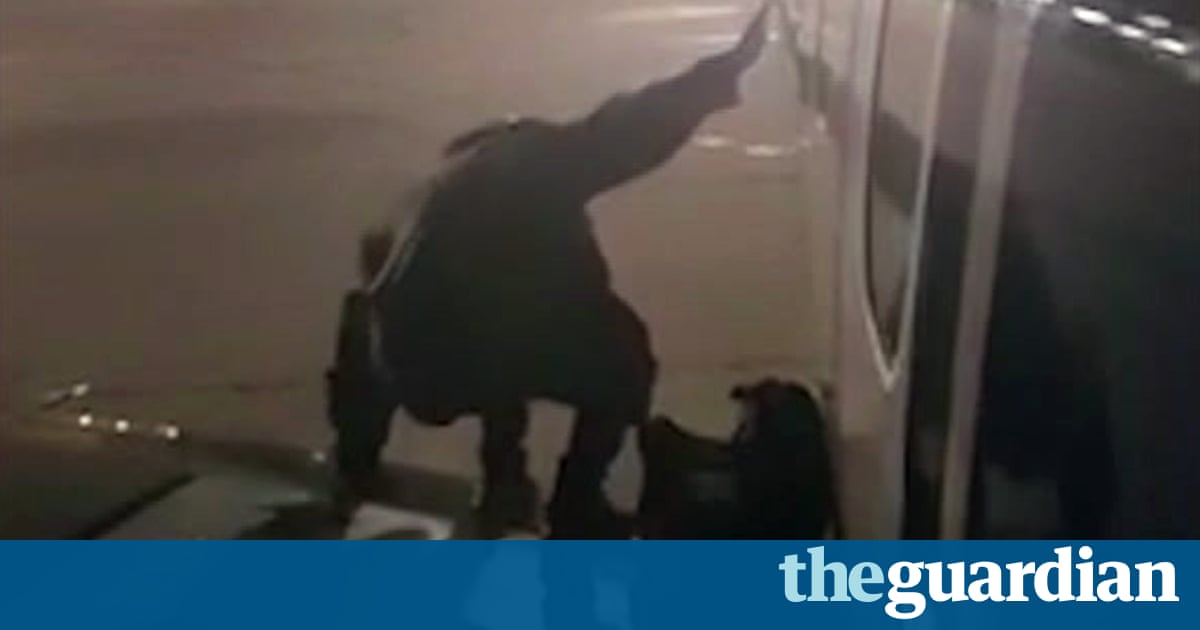 An impatient Ryanair passenger scandalized fellow travellers when he pushed his way out of the emergency exit after going fed up with waiting to disembark his flight from the UK to Spain.

The man, reportedly a 57 -year-old Polish national, intention up perching on the wing of flight FR8164 with his hands luggage as the plane sat on the tarmac at Malaga airport.

He was eventually talked into getting back on board by dirt staff members and propped until he was arrested by local police.

The man was said to have been frustrated after the plane was delayed due to almost an hour leaving London’s Stansted airport on New Year’s Day. Fares were then apparently left waiting another 30 hours to disembark when they arrived at around 11 pm.

” He initiated the emergency entrance and left, saying:’ I’m going via the wing ‘. It was surreal .”

Del Valle Villalobos included:” He was sat on the wing for quite a while until the gang managed to get him back inside .”

A spokesperson for Ryanair said:” This airport security breach appeared after landing in Malaga airport on 1 January.

” Malaga airport police immediately detained the fare in question and since this was a breach of Spanish safety and security regulations, it is being dealt with by the Spanish permissions .”