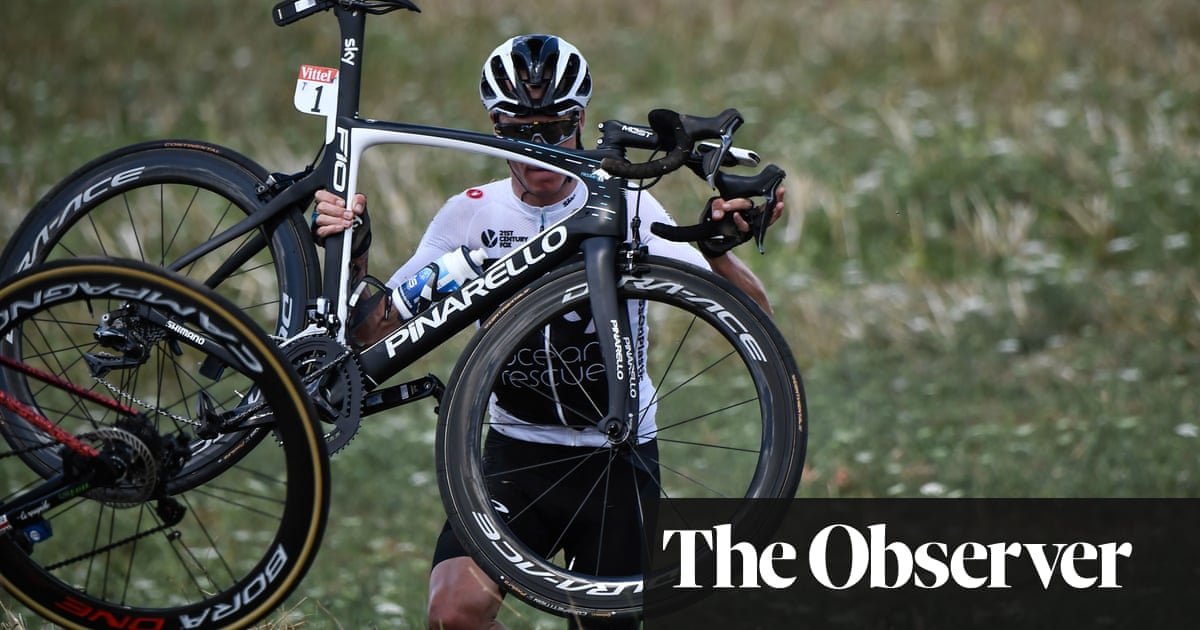 Chris Froome’s troubles multiplied in the Vendee on Saturday when he collapsed into a study during the climactic minutes of the opening stagecoach. Froome may have negotiated his style through the unfriendly buildup to his participation but once the race started you are not able to stay upright on the fast run-in to Fontenay-le-Comte.

In a frenzied finale to the opening stagecoach when the peloton fought for room on restricted roads, the representing champion edged too close to the verge, lost hold and fell heavily on his right side, starting yet another Grand Tour with a drop, as was likewise the lawsuit in May’s Giro d’Italia.

Froome, the right side of his white t-shirt shredded, chased hard to catch the field but, along with his fellow Briton Adam Yates and Australia’s Richie Porte, lost just over a time to the stage winner, Fernando Gaviria, and 51 seconds to other challengers, including his teammate Geraint Thomas, the 2017 runner-up, Rigoberto Uran, and the 2014 Tour champion, Vincenzo Nibali.

” I’m just grateful I’m not injured ,” Froome enunciated.” There were a lot of disintegrates out there but that’s part of video games unfortunately .”

Froome told much the same after his heavy accident in Jerusalem at the start of this year’s Giro, which he went on to win, but with Monday’s crucial team time trial and the following weekend’s cobbled stage to Roubaix looming on the horizon, it is a less than ideal start to his Tour.

In 2014, Froome gate-crashed in the opening week and started the cobbled stage hampered by busted bones in both mitts. In driving downpour, he was forced to vacated the hasten even before contacting the dreaded cobbled streets of what is known as the Hell of the North.

Worse for Team Sky, his climbing teammate Egan Bernal also fell victim to a disintegrate in the last 10 km of racing, that left him cut adrift from the main discipline. Bernal’s fellow Colombian Nairo Quintana too had a torrid day, break-dance both his rotates and being left to fend for himself by his all-star Movistar team.

With his team vehicle nowhere to be seen, Quintana’s wheel changes took an age and cost him well over a hour to the co-leaders, Mikel Landa and Alejandro Valverde, who survived the chaos to finish with the figurehead group. After one stage, Quintana’s hopes of overall victory look to be receding.

Ahead, a select group of the peloton’s best sprinters fought for the stage win with the Tour debutant Gaviria, of the Quickstep team, taking Colombia’s firstly sprint stage prevail from Peter Sagan. Mark Cavendish, chasing Eddy Merckx’s record of 34 Tour stage winnings, was out of contention, having lost caste inside the final 5km.